Project management is perhaps one of the most useful, essential classes for any future businessperson. The theory learned in class which consisted of initiating, managing and bringing projects to completion, laid the foundations to the fundamentals of the subject.

Before the Winter Break, in December 2015, both groups of the 3rd semester Bachelor program had the privilege to participate in this innovative, new concept at LBS. Inspired by the “4. Tag der Lehre – Game Based Learning” at the Fachhochschule St. Pölten, where Prof. Miha, Prof. Poeschl, and Prof. Dem received an insight into cutting-edge game based teaching possibilities (for further information see: http://skill.fhstp.ac.at/2015/11/rueckblick-auf-den-tag-der-lehre-2015/), in Prof. Dem’s project management class, students participated instead of taking a final exam in an interactive board game which covered all aspects, vital for the aspiring project manager.

The students, both as active participants in the form of four groups and as an observant audience, were asked questions in various categories- from planning a project to controlling and managing budgets, costs and human resources.

The questions included not only mere terminology but also scenario and logical questions, which demanded critical thinking and practical implementation of knowledge acquired in class.

The game served as a clear indication of the students’ command of the learned knowledge and promoted out of the box thinking and group discussions.

Students were encouraged to participate, not only due to the grading of their performance but also due to the competitive, fun learning environment in class.

The introduction of this new method of learning has proved to be highly beneficial and provided a summary for the topic in a joyful yet challenging way. This practical approach by Prof. Dem is believed to be the beginning and one of many more activities to come. 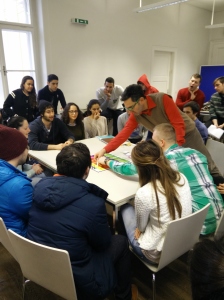 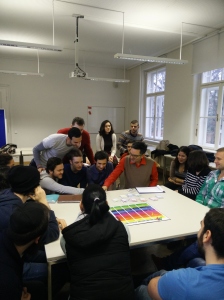 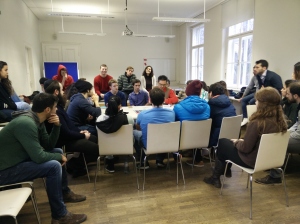 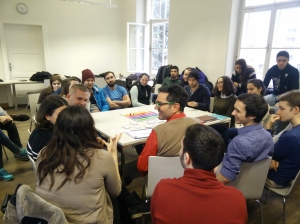 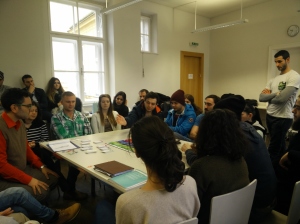